With the opening of the second clinic area in September 2018, increasing the clinic's scale to 30 new generation endoscopic systems and 180 flexible endoscopes – from conventional to high-end endoscopes – Hoang Long Clinic is confident of meeting the needs of the community for examination and treatment of digestive diseases.

The 7000 system is equipped with the latest imaging technology and advanced image magnification up to 300 times, helping doctors detect and evaluate even the most complicated digestive tract lesions or hard-to-detect lesions before doing pathology. Therefore, the 7000 system with magnification has excellent value in diagnosing early lesions such as esophageal cancer, gastric cancer, colorectal cancer, and microscopic reflux lesions that are difficult to detect.

This system is the best option in the world and has been selected by Hoang Long Clinic for examination. Not many endoscopy centers have this system, even in countries with developed medical systems. 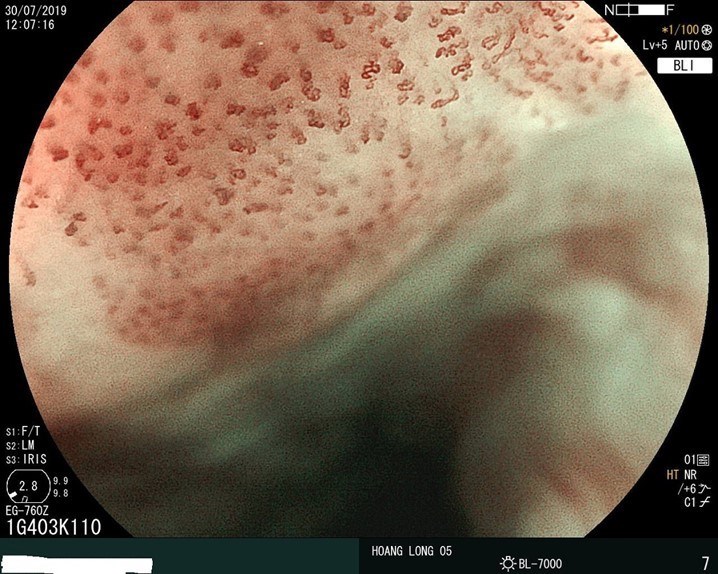 Regarding the image sensor, the 7000 system with magnification has the following advantages:

- Video output at up to 60 frames per second, helping to reduce lesion missed rates.

- Image capture speed of up to A1/400 seconds (faster than Laser system), helping to capture sharper images with less blur.

- Modes of image-enhanced technology and magnification.

Regarding magnification and image-enhanced endoscopy, the 7000 system offers:

- 10 modes of the computed virtual chromoendoscopy system (FICE) to increase contrast and sharpness - exclusive to Fujifilm, improving visualization of lesions that are difficult to detect using white light.

- Magnification up to 300 times can be used to observe microstructures of lesions.

- The endoscope is smaller and lighter than most current endoscopes used in hospitals in Vietnam, making the patient more comfortable during the procedure.

2. Fujifilm 7000 endoscope system with no magnification

Fujifilm 7000 endoscope system with no magnification belongs to the current most advanced endoscope system of Fujifilm, Japan. This system is a mid-high-end endoscope at Hoang Long Clinic, second only to the 7000 system with magnification. This system is equipped with the latest imaging technologies in the world with no magnification feature to make the price more affordable. It benefits patients in the early diagnosis of lesions, helping them to have the most reasonable balance between the benefits of diagnosis and costs.

Fujifilm Lasereo endoscope system is in the mid-high-end of Fujifilm - Japan. This system is an upgraded version of the 600 system, which uses Laser light technology combined with a high-resolution sensor, and a new optical lens capable of image magnification to help detect early cancer.

Regarding the image sensor, the Lasereo system is upgraded from the 600 system with several advanced features:

- Video output at up to 60 frames per second, helping to reduce lesions missed rates.

- Automatically adjust the illumination of the endoscope and can observe as close as 2mm to the mucosa to help detect small lesions.

The Lasereo system is equipped with a new optical lens system with low distortion and microscope-like magnification – up to 200x. Specifically:

- Ability to magnify the image 200 times. The doctor can observe the capillary structure and intestinal villi, helping detect microscopic lesions and early cancers. Many types of lesions can be detected early without biopsies.

Hoang Long Clinic is fully equipped with all generations of endoscopes to suit the patient's needs. 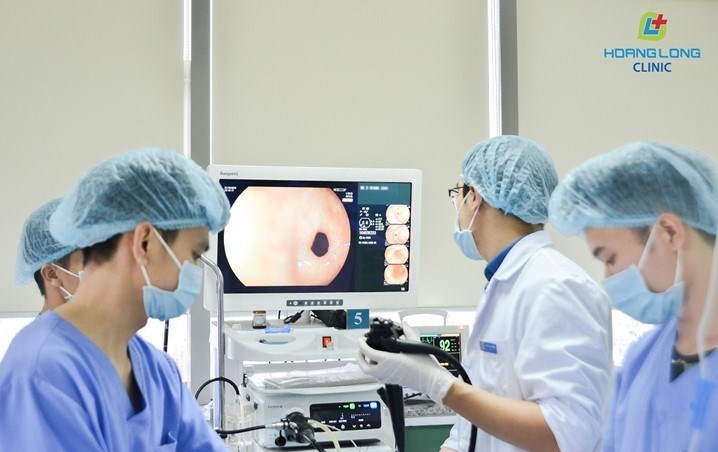 The Fujifilm 600 endoscope system is a system in the mid-end segment of Fujifilm, Japan, a prestigious brand in the field of optical equipment. This system is developed to bring higher efficiency in detecting gastrointestinal diseases at an affordable cost. This system is commonly used in many endoscopy centers today.

The 600 system has the following advantages:

- Video output up to 60fps, helping to reduce the lesion miss rate

- Automatically adjust the illumination of the light bulb and can observe as close as 2mm to the mucosa to help detect small lesions.

However, the 600 system has some limitations:

- Not equipped with advanced image-enhanced technology such as BLI or LCI to detect early cancer lesions like advanced generations.

- No image magnification to evaluate small lesions at the microscopic level.

This endoscope system is integrated with a high-frequency ultrasound transducer. When the tip of the endoscope is pressed against the gastrointestinal mucosa according to the anatomical positions or directly onto the lesion, it will help determine the characteristics of the lesion: the layer of origin, depth of invasion, lymph nodes metastases... 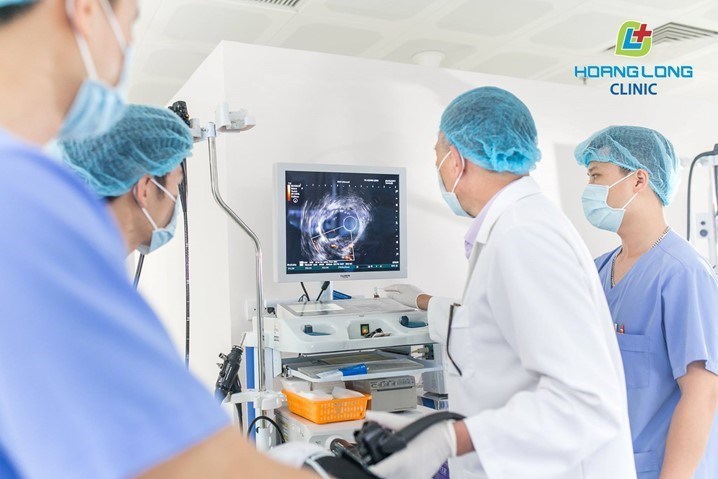 Image: Endoscopic ultrasound - one of the unique strengths of Hoang Long Clinic

The diameter of the endoscope is small, causing minor discomfort for the patients. It is suitable for patients who are highly irritated during oral endoscopy or do not have indications or conditions for endoscopy with anesthesia.